While walking through the Climate Generations Area at Le Bourget, I heard a surprising chorus of “Black Lives Matter.” Curious, I followed the sound and found the COP21 delegation of the Historically Black Colleges and Universities Consortium.  The delegation, 50 members strong from 15 schools, was holding a rally to voice concerns of African Americans in this international forum, connecting global climate change to issues of importance to black communities in the United States. Through chants and signs, the HBCU delegation delivered the messages “Dirty air = silent killer of the black community”; “Black lives matter! We matter”; “Environmental racism kills”; and “Don’t frack up my neighborhood.”

Among the delegation was Dr. Robert Bullard of Texas Southern University, regarded as the father of the environmental justice movement in the US. Bullard and others from HBCU institutions have attended past COPs. But the delegation that attended COP21 is the largest group that the consortium has ever sent to the annual UN climate conference. 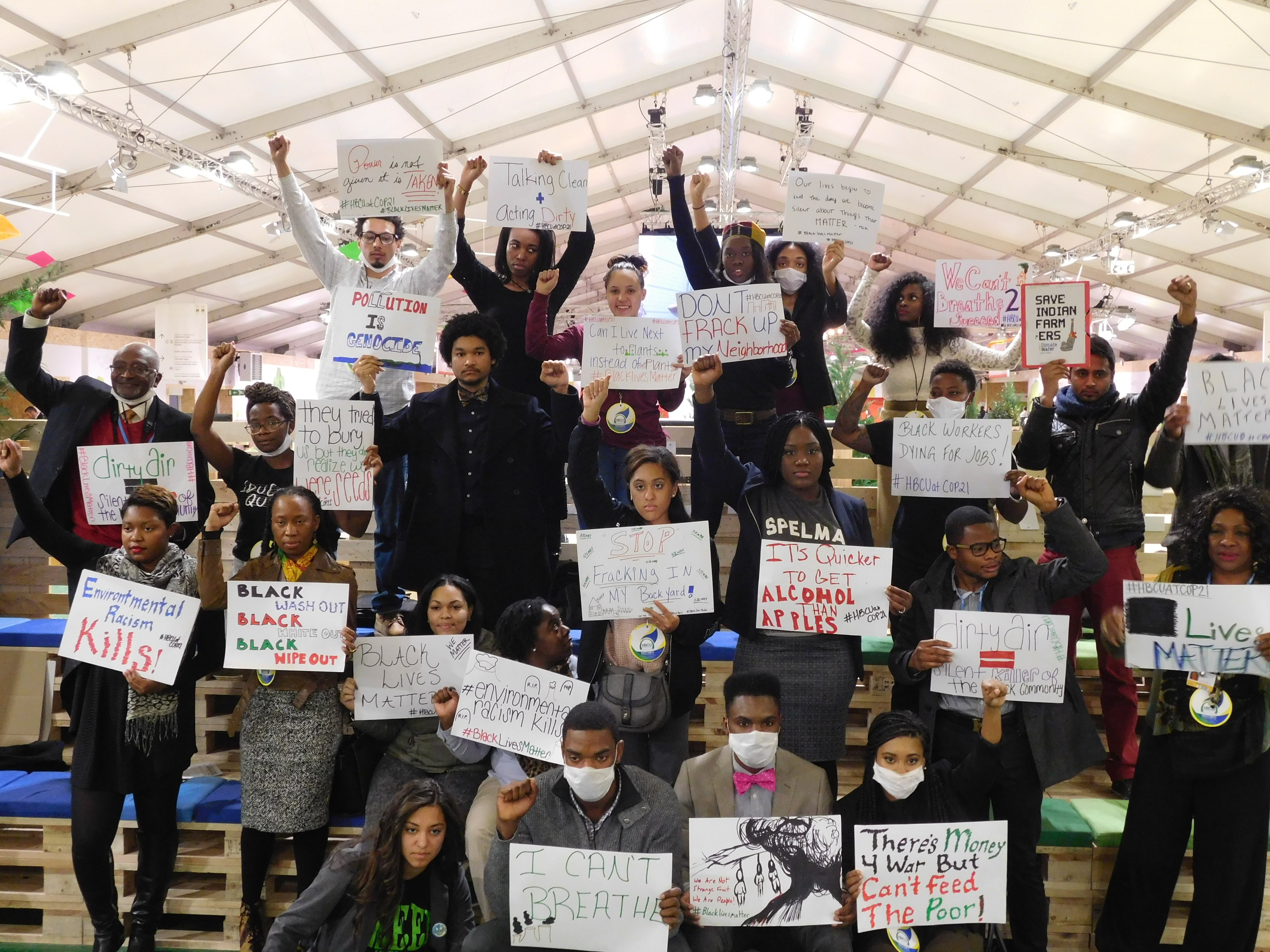 Quoted in an article written by Cassie Owens, Bullard wrote in an email “Too often at the previous COPs, African-American voices have been muted or absent altogether. As soon as we stepped off the bus and proceeded to the security at the Paris Le Bourget, the first words uttered by a guard was ‘wow.’”

I had a similar reaction when I heard and saw the HBCU delegation. When Black Lives Matter and other social and political movements connect climate change to their core concerns, the political changes necessary to transform to a zero-carbon economy begin to seem possible.

I spoke with Bullard briefly after the rally and asked him why HBCU sent their largest delegation ever to COP21. His response was that several things came together to make this happen. First is the Black Lives Matter movement itself, which is energizing black activism on many fronts. Also contributing is that this year is the tenth anniversary of Hurricane Katrina, which demonstrated the risks posed by extreme weather and climate change to black communities. Another factor is the importance of this particular COP for creating a stronger basis for international collaboration on climate change. As Bullard wrote in the email quoted by Owens, “It is important that our students witness firsthand how global treaties are negotiated. What is decided in Paris is their climate future.”