Neil Leary is an economist by training and his first involvement in climate change research was on carbon taxes, emission permit trading and economic impacts of climate change in the US while working at the US EPA in the early 1990s. Since then his work has evolved to be more interdisciplinary and has focused on vulnerability and adaptation to climate change, mostly in the developing world. Neil spent several years working at START, directing climate change assessment and capacity building programs that engaged over 300 scientists from 50+ countries. He also participated in the 3rd, 4th and 5th science assessment reports of the Intergovernmental Panel on Climate Change (IPCC). During his 20+ year career, the advances in the scientific understanding of climate change have been sobering. Countering the gloomy science, Neil is heartened by the passion of students with whom he has worked. COP21 will be the fourth COP that he will attend with students. He fully expects that the experience for this group, as for the previous groups, will be transformative and will provide them with knowledge, skills and desires to create needed changes in the world. 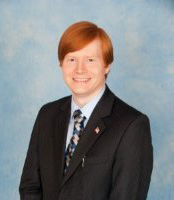 Timothy Damon is an interdisciplinary policy expert and freelance consultant whose recent work has focused on sustainable development and international climate change policy and politics. His diverse experience includes environmental policy research and advocacy at the campus, local, state, federal, and international levels; academic research cutting across the fields of international relations, development, economics, and sustainability; and numerous advisory roles in the non-profit, higher education, and business sectors. He is a critical and independent thinker with a strong passion for advancing the role of youth in the solutions to today's problems. It is this enthusiasm which motivated his leadership of multiple undergraduate organizations, inspired his recent master's research on the ethics and economics of climate change from a youth perspective, and guided him to his current position with SustainUS.

Sarah Ganong is a 2013 graduate of Dickinson College currently working for the non-profit organization Connecticut Fund for the Environment/Save the Sound in New Haven, Connecticut. She's looking forward to heading to Paris for the COP, where her interests are focused on communicating about climate science and energy policy, as well as the important and growing role of youth in the climate movement. In her downtime, Sarah enjoys exploring the outdoors and new cities, attending baseball games, and volunteering on the Bernie Sanders presidential campaign. 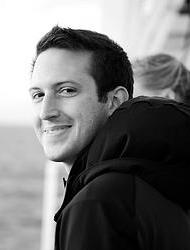 Sam Pollan is a graduate of Dickinson College. Majoring in Environmental Studies with a concentration in climate change and sustainability, Sam works to promote sustainability in both his professional and personal life. Sam first immersed himself in the study of climate change and sustainability while participating in the Dickinson College South Africa Climate Change Mosaic in the Fall of 2011. The following years have seen Sam become a leader of sustainability efforts both on and beyond the college campus setting. Recognized as a Baird Sustainability Fellow, as well as attending the competitive Climate-KIC: The Journey program attest to his dedication to improve current conditions without sacrificing the opportunities of the future. Sam currently serves as the Energy and Waste Fellow at Luther College. In this position, he works closely with students, faculty, and administrators to implement zero-waste programming, carbon emissions reductions strategies, and student projects.

Anna McGinn graduated from Dickinson College with an Environmental Studies degree in 2014 and is now working at the college as the coordinator for campus recreational programs where she is developing the Dickinson outdoor education program. She attended COP17 as a part of the Dickinson delegation, and she is here at COP21 to research the climate change adaptation-conflict nexus.

Elizabeth Plascencia (Liz) is a Posse Los Angeles and NSF-STEP scholar majoring in the Earth Sciences at Dickinson College. She has participated in research initiatives in Iceland, Canada, Cuba, Peru, and New Zealand. Last December, Liz attended the 20th Conference of the Parties (COP20) under the United Nations Framework Convention on Climate Change (UNFCCC) in Lima, Peru, as a result of the 2014-2015 Global Climate Change Mosaic. Her research focused on Article 6 under the UNFCCC, which highlights climate change education, outreach, and public participation throughout the history of the negotiations. Ultimately, Liz aspires to work in an engaging environment that fosters climate change education and outreach in underrepresented communities (i.e. communities of color, low-income communities, etc.) by creating local community gardens, Farmer's Markets, and climate education workshops.

Keziah Groth-Tuft is majoring in International Studies with a focus on Globalization and Sustainability at Dickinson. This semester she is living in Amman, Jordan studying Arabic and the water scarcity issues that the country faces. In the spring she will be studying human rights law and refugee policies in Copenhagen, Denmark. As part of the Climate Change Mosaic last year, Keziah traveled with the rest of Dickinson's delegation to COP20 in Lima where she researched how Least Developed Countries (LDCs) are represented in the UNFCCC process. In Paris, Keziah will look at some of the ways water issues are addressed and adaptation methods already employed by other parties to the UNFCCC with problems of water scarcity. Keziah plans to continue working in the realm of international policy and environmental justice, especially as they relate to climate change and water-availability issues.