“The Paris Agreement is a monumental triumph for people and our planet,” tweeted UN Secretary General Ban Ki-moon at the close of COP21.  “It sets the stage for progress in ending poverty, strengthening peace and ensuring a life of dignity and opportunity for all.” Taking a different view, James Hansen, climate scientist and former director of NASA's Goddard Institute for Space Studies, says the agreement is "just worthless words" and a "fraud." 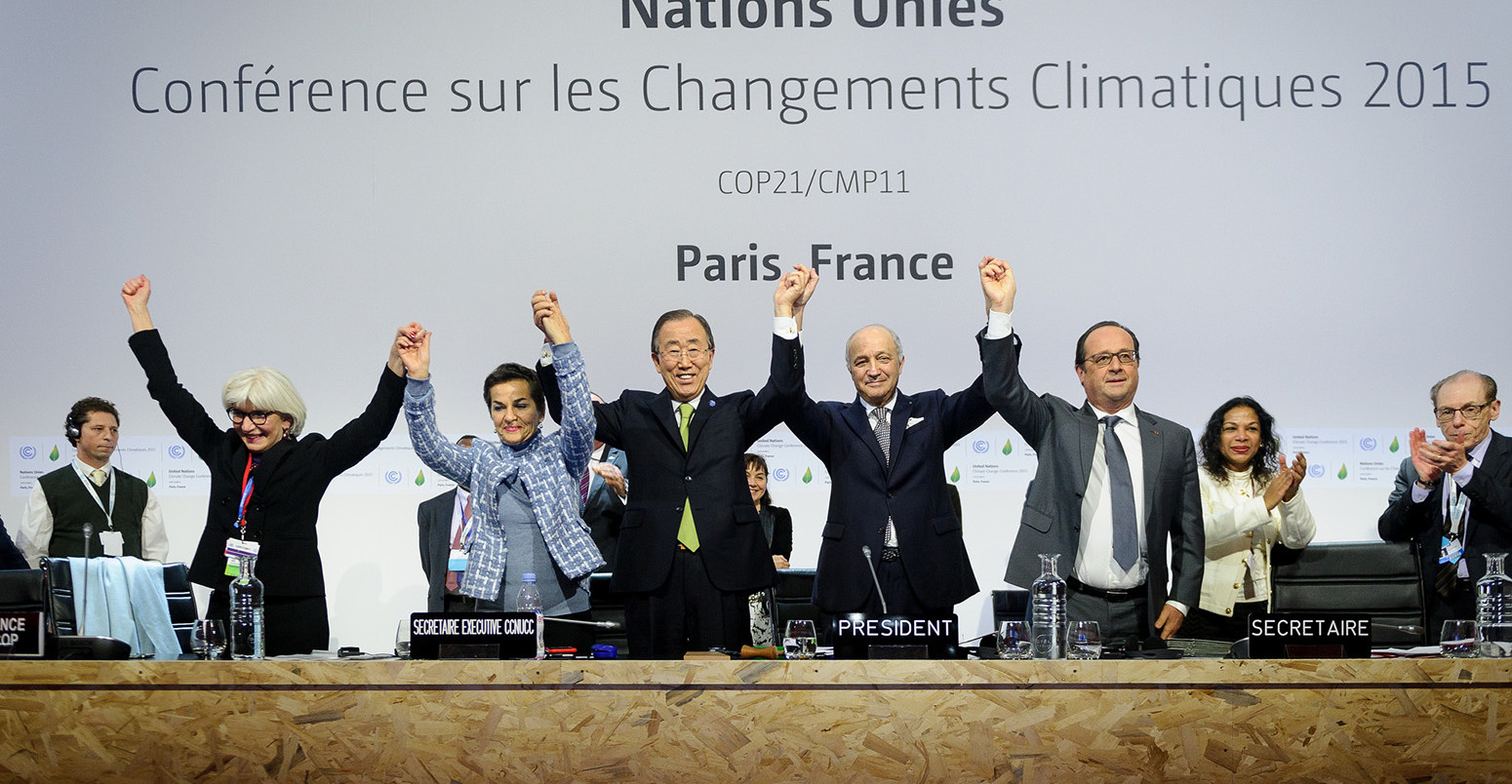 Whether the Paris agreement is viewed as a success or failure hinges in large part, at least for those who acknowledge the scientific evidence for human caused climate change, on one’s assessment of what can be achieved by an international climate agreement. Critics of the agreement decry its lack of binding commitments to reduce greenhouse gas emissions that can be enforced through international law. They also criticize the voluntary national commitments that are at the core of the Paris agreement as inadequate. Without legally binding commitments that, when aggregated, would limit warming to less than 2 degrees above the preindustrial average, or 1.5 degrees according to some, the Paris agreement is asserted to condemn the future to dangerous, even catastrophic, climate change.

Implicit in these criticisms is a belief that sovereign nations should, and could, subject themselves to international law on domestic decisions that are fundamental for their economic development and wellbeing.  Also that voluntary cooperation by nation states, buttressed by a transparent reporting system and peer-pressure, cannot yield action that is sufficiently transformative and swift.

What these critics want is an agreement architecture similar to that of the Kyoto Protocol, with its legally binding emission reductions. But when Canada and Australia failed to meet their legal commitments, the world saw how difficult it is to enforce emission limits on sovereign nations, particularly when other parties desperately want the out-of-compliance parties to sign on to new commitments. The world also saw how difficult it is to persuade the United States and emerging economies such as China, India, Brazil, Indonesia and South Africa, which are not parties to the Kyoto Protocol, to join the protocol or join a new agreement with similar legal obligations.

These challenges led parties to try a different approach that began to take shape at COP15 in Copenhagen in 2009. While the Copenhagen Accord was described by many as a disaster, its “pledge and review” approach offered a new architecture that has been adopted as the foundation of the Paris Agreement – an architecture that combines both “bottom-up” and “top-down” elements.  The bottom-up elements include “nationally determined contributions,” the individual pledges made by 180+ national governments to reduce or constrain GHG emissions according to self-assessments of their capabilities and circumstances. The top-down elements include rules for periodic reporting, review and revision of national plans that are applicable to all parties.

Triumph or fraud? The Paris Agreement is neither. It is true that the submitted nationally determined contributions fall far short of the emission reductions that are needed if warming is to be limited to less than 2 or 1.5 degrees C. And it is also true that nations will be tempted to deliver less than promised. But the agreement puts nearly all nations on record as committed to taking clearly stated actions on climate change that represent a substantial change from the current path. It requires them to report on their actions and progress in ways that are transparent and that can be used to hold them accountable. It provides for financial and other support to be given by developed countries to developing countries. And the agreement calls on nations to take more aggressive action in future rounds. The agreement is not a triumphal solution. But it provides a serviceable architecture for facilitating the substantial work that needs to be done to avert climate catastrophe, much of it at national and sub-national levels of large economies and rapidly growing economies. In the US, the first order of business is working to assure that the Clean Power Plan is implemented in all 50 states.

A collection of commentary on the Paris Agreement can be found here.