Before landing in Paris on Friday, I have spent the last three and a half months studying in Jordan. Here I talk a little about how the country is affected by climate change and what measures the kingdom has already taken to address the issue. 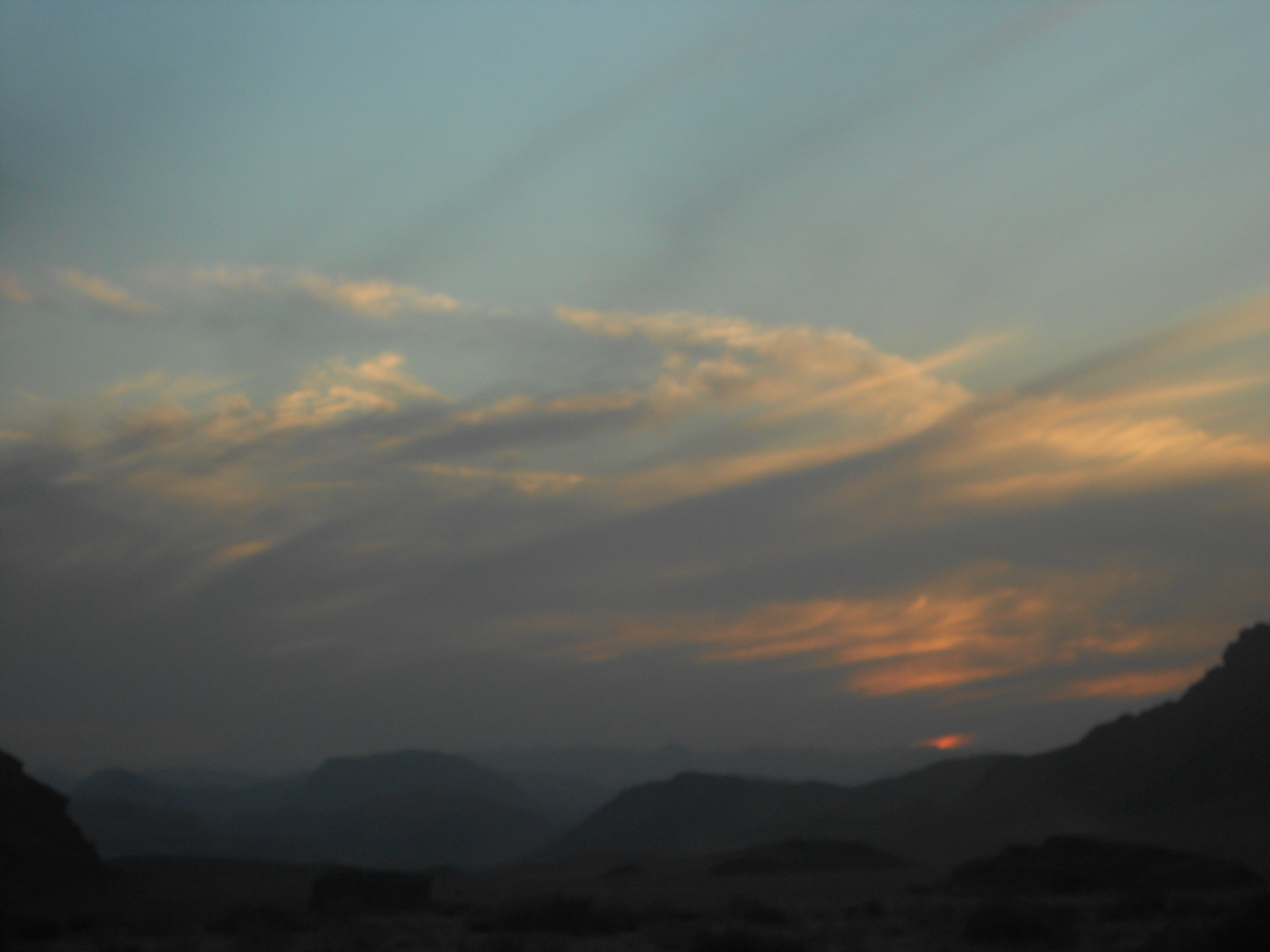 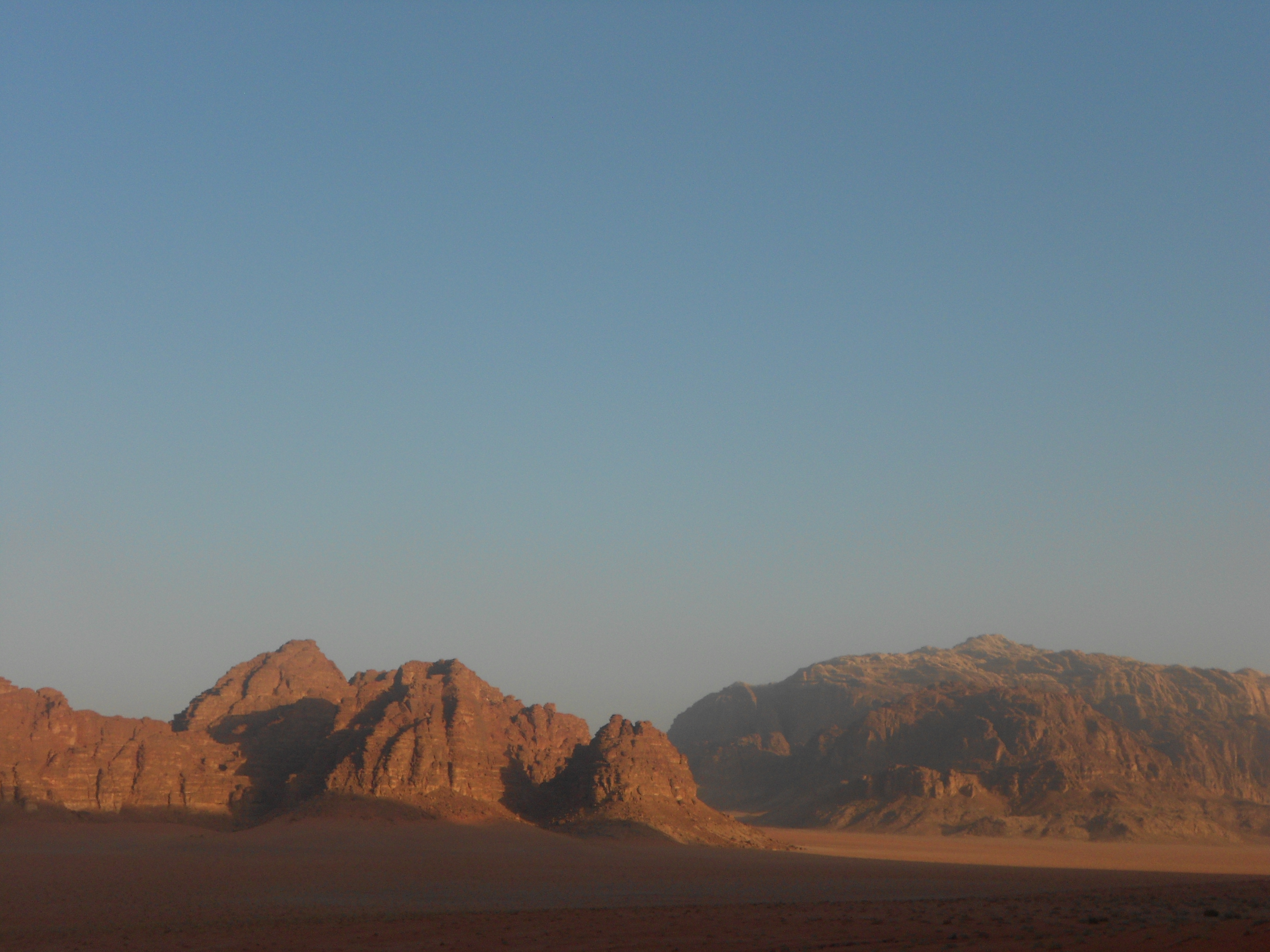 According to Jordan’s INDC (Intended National Determined Contribution), the biggest climate change threats that Jordan faces are “reduced precipitation, maximum temperature increase, drought/dry days, and evaporation” (INDC 11). Scientists predict that Jordan will see a general increase in temperature up to 4.5C and a decrease in precipitation by at least 25% by 2100 (“Water Insecurity…” 2). In Jordan, the National Committee on Climate Change implements climate policy and delegates tasks to the appropriate sector in efforts to both adapt to and mitigate the effects of climate change (INDC 8). One of Jordan’s strongest efforts towards adaptation to climate change is the “Joint Program on Adaptation to Climate Change to Sustain Jordan’s MDG Achievements” funded by UNDP, FAO, WHO, and UNESCO. The program suggests adaptations in the agriculture, water, and health sectors (“Current Status of Climate Change Research…”). Considering basic predictions on climate change’s effects on Jordan, the kingdom’s water availability, agriculture, health, biodiversity, tourism, ecosystems, and food security will be negatively impacted by climate change. 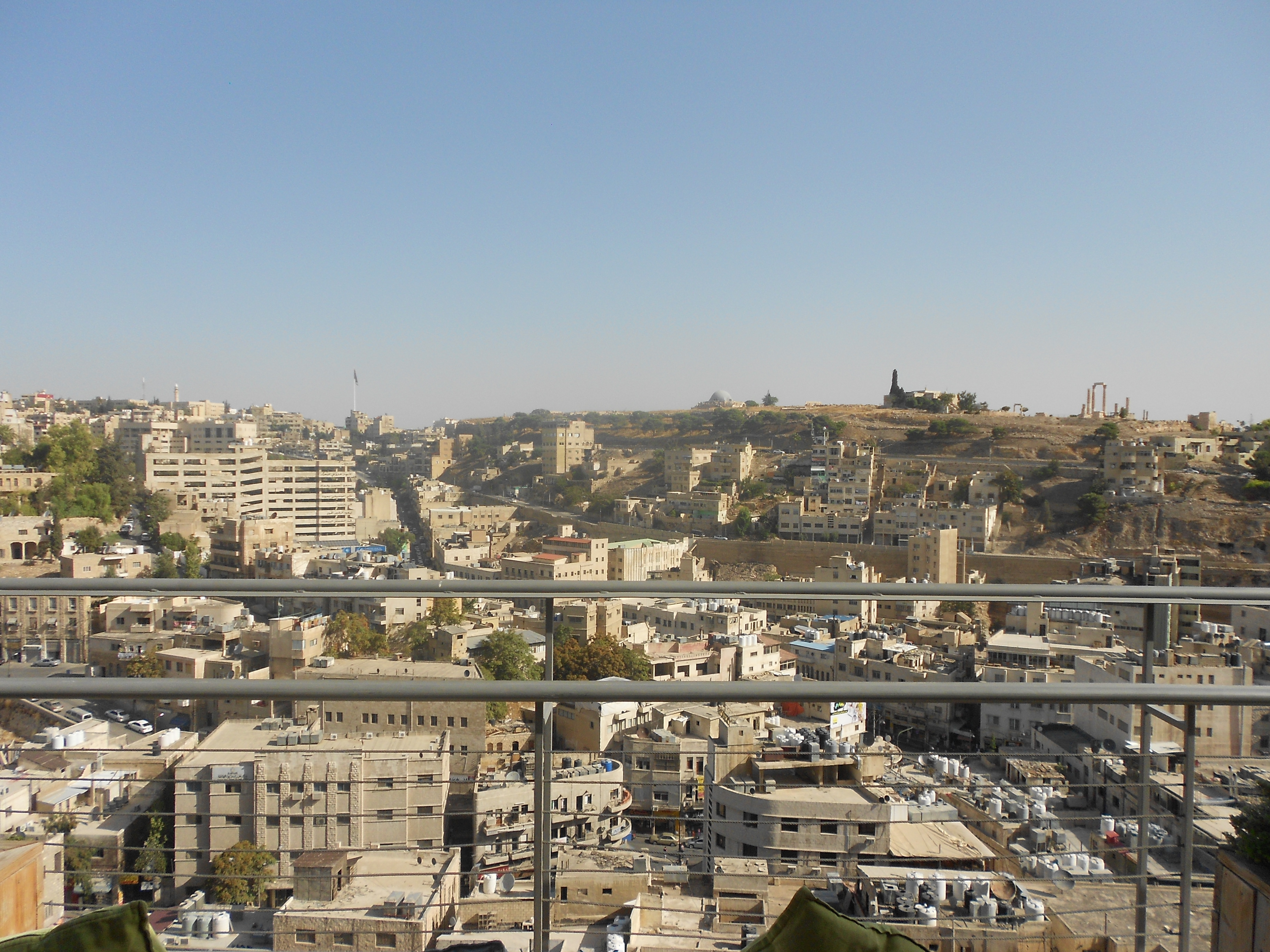 Amman, from the balcony of Wild Jordan Café

Like most Middle Eastern countries, the majority of Jordanians live in urban centers versus rural areas (“Assessment of…” 9). Urbanization adds more stress on the environment because urban residents tend to use more water per capita than rural residents. Additionally, pollution from urban activities and the massive quantities of solid waste from cities added to general environmental degradation. In terms of the effects of climate change, densely-populated areas such as big cities, are especially vulnerable to natural disasters such as flash floods and heat waves, requiring extensive infrastructure to adapt to these threats. The populations of Jordan’s cities will only increase as the challenges rural communities increasingly face due to climate changes will push community members to seek opportunities in urban areas. Thus, those coming to the city from rural areas will only add to the environmental impacts of cities and the population’s vulnerability to climate change (“Water Insecurity…” 8). 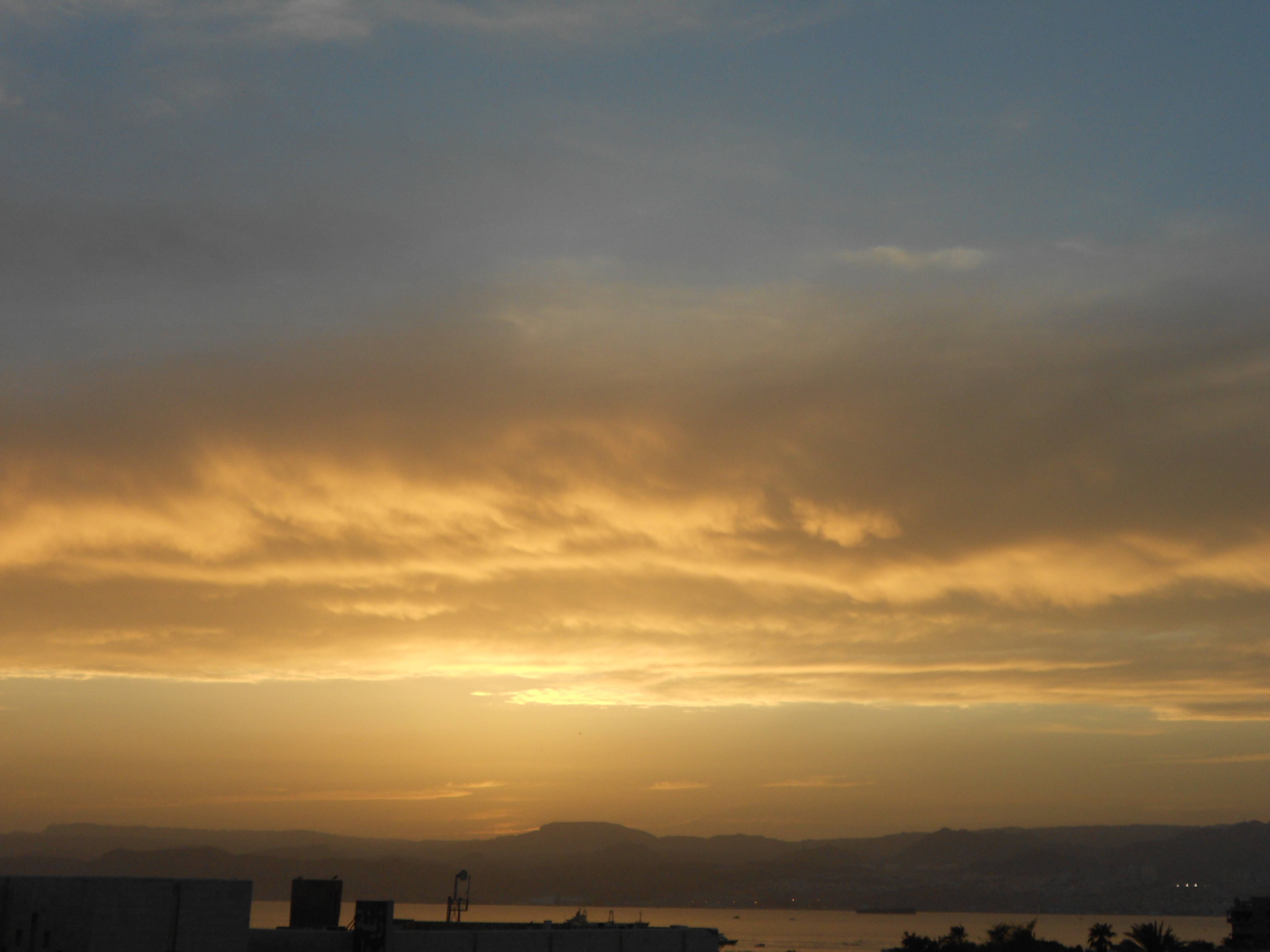 The Aqaba area will face its own set of consequences from climate change. The IPCC predicts marine ecosystems to face lower oxygen levels, higher acidity, extreme water temperature variability, and sea level rise along the coasts as a result of climate change (IPCC 13). Aqaba’s coral reefs and other parts of its subtropical marine ecosystem will be especially vulnerable to these changes as coral reefs tend to be some of the most sensitive ecosystems. Aqaba’s economy is reliant on both its harbour and tourism, both of which rely on the ecosystem there, thus climate change threats to the ecosystem will in turn threaten Aqaba’s economy. Also, the city could face increasing flash-floods, endangering many of the more densely populated areas of the city (Policy 17). 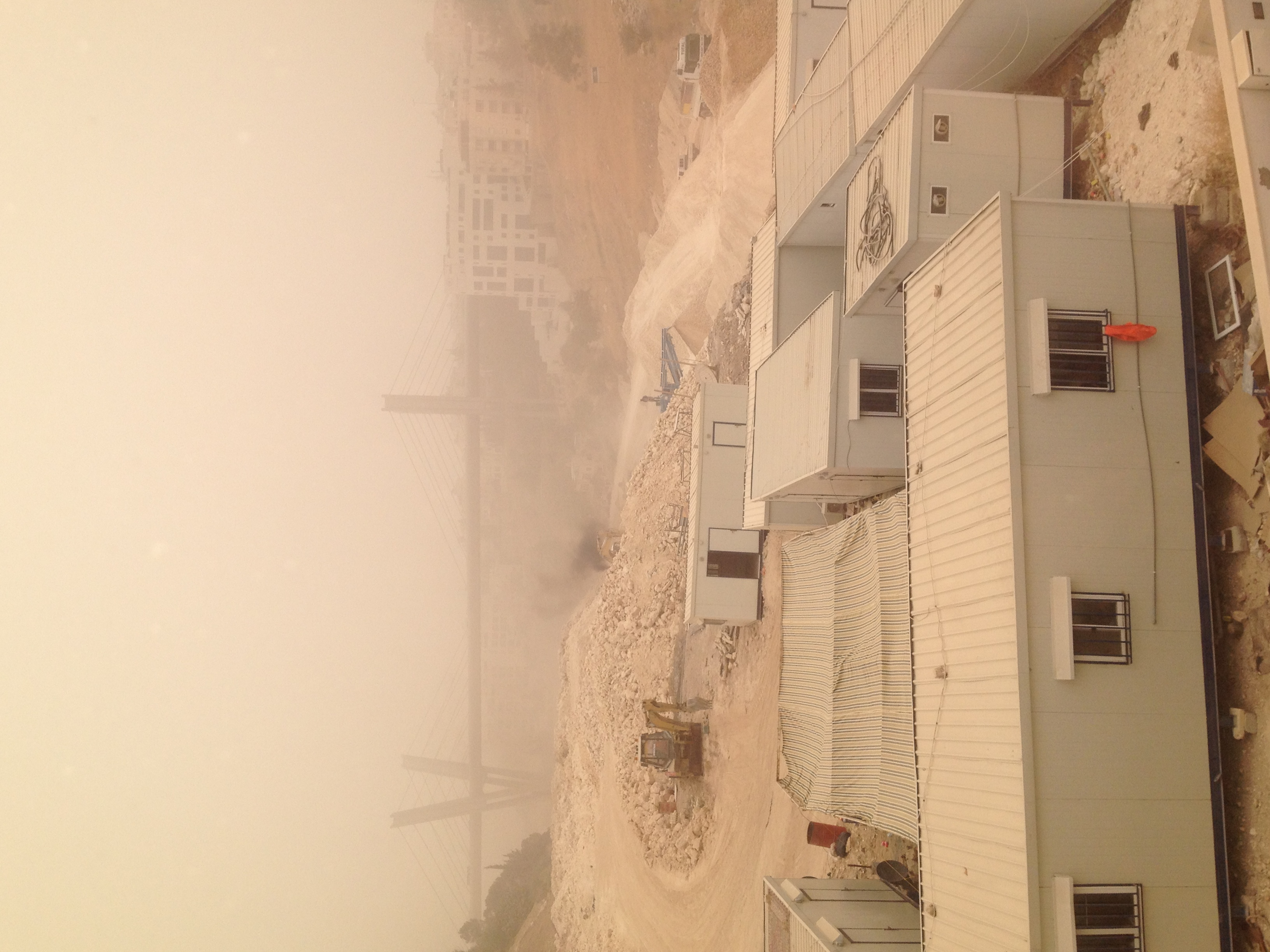 The Jordan’s government predicts its health sector to feel the effects of climate change at multiple levels. The expected increase in the number and intensity of heat waves (IPCC 10) puts the Jordanian population at risk for heat-related illnesses such as heat-stroke, with the young and elderly as the most vulnerable populations to such effects (Policy 16). Furthermore, with a change in climate comes increasing instances of water and food-borne diseases as well as vector-borne diseases such as malaria (Policy 16). Lastly, in regards to the dust storm above, decreases in precipitation levels could lead to an increased number of dust storms causing respiratory diseases such as asthma and COPD (Policy 16). 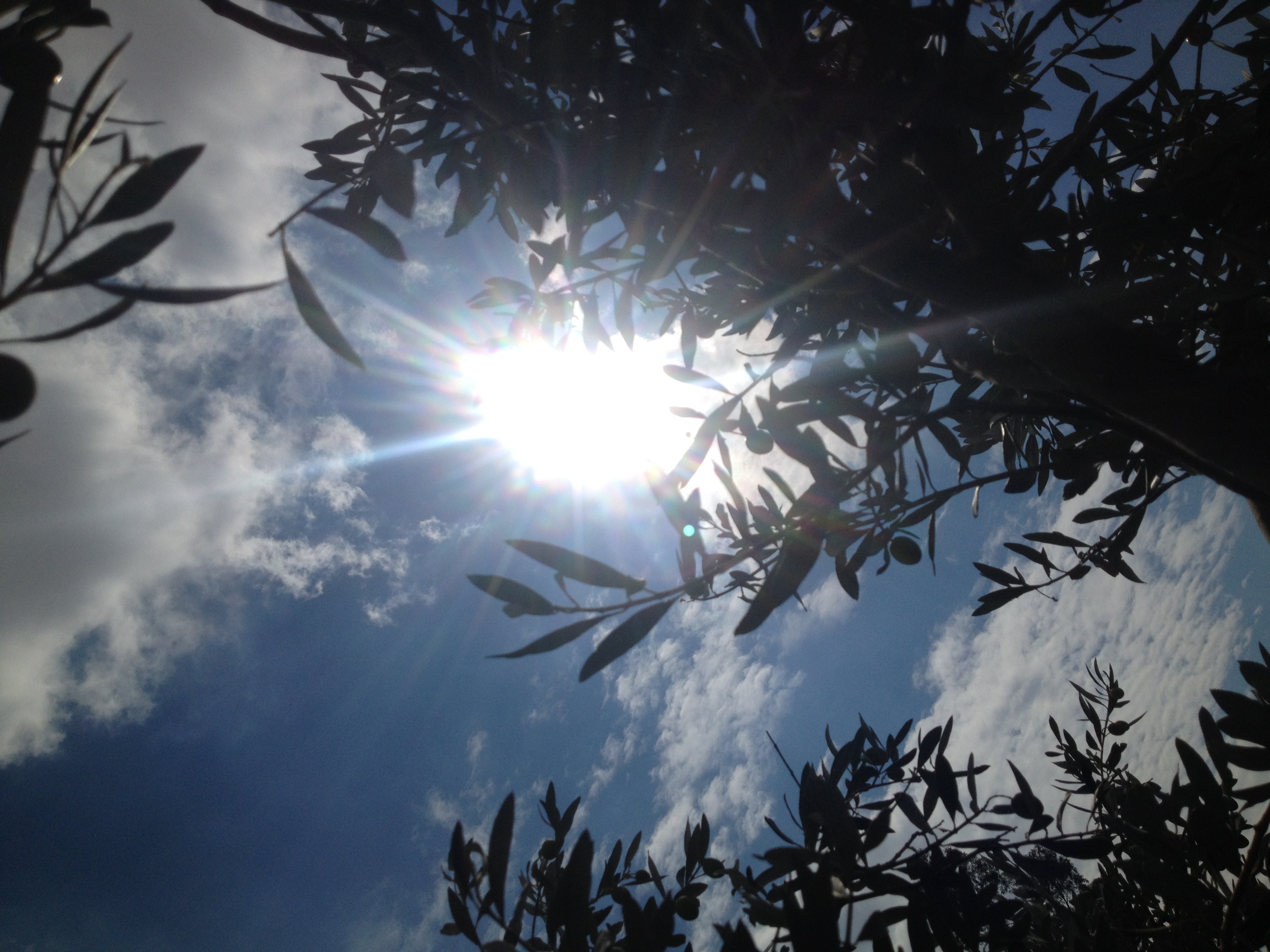 Olive Tree Outside of Amman

Agriculture is one of the most climate-sensitive economic sectors in Jordan and 20% of Jordanians rely on agriculture, either directly or indirectly, for their livelihoods (INDC 15). Rural communities in Jordan are especially dependent on agricultural productivity. Thus, with estimated declines in productivity due to water shortage and desertification, the economics and food security in these communities will be under increasing pressure. Furthermore, the rural poor population which relies on agriculture will be the most affected by climate change as they have few resources to allow them to adapt their agricultural practices or seek out a new economic opportunity (INDC 15). As more and more rural Jordanians move to urban areas in search for economic opportunities, those left behind (often those most financially disadvantaged) have an even lesser capacity to build resilience against the changing climate, making them more vulnerable to its dangers than if the community had remained together. 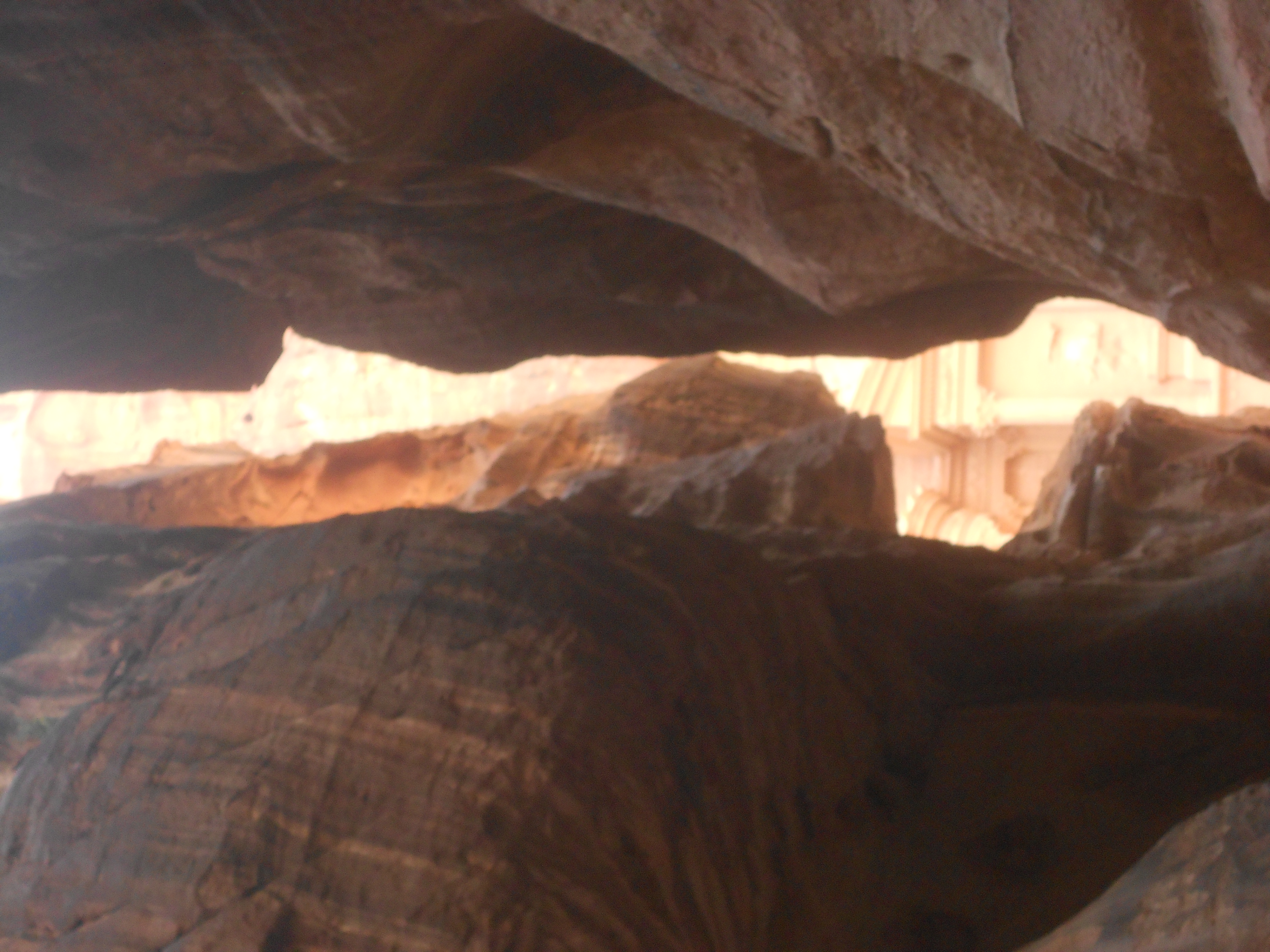 Tourism makes up a significant part of Jordan’s GDP but like the agricultural sector, it also is dependent on a steady climate. Aspects of the tourism industry directly affected by climate change include the global tourist season, functionality of attractions and transportation, and resource availability. Indirectly, climate change will affect the tourism industry through lessening biodiversity, landscape aesthetic, and water availability. Additionally, the increased instances of natural hazards, vector-borne diseases, coastal erosion and inundation, and infrastructure instbaility/damage caused by climate changes will affect the success of tourism in Jordan’s future (Policy 18). This is especially worrisome as agriculture becomes less and less a viable option for a livlihood, pushing more Jordanians to other economic sectors like tourism. 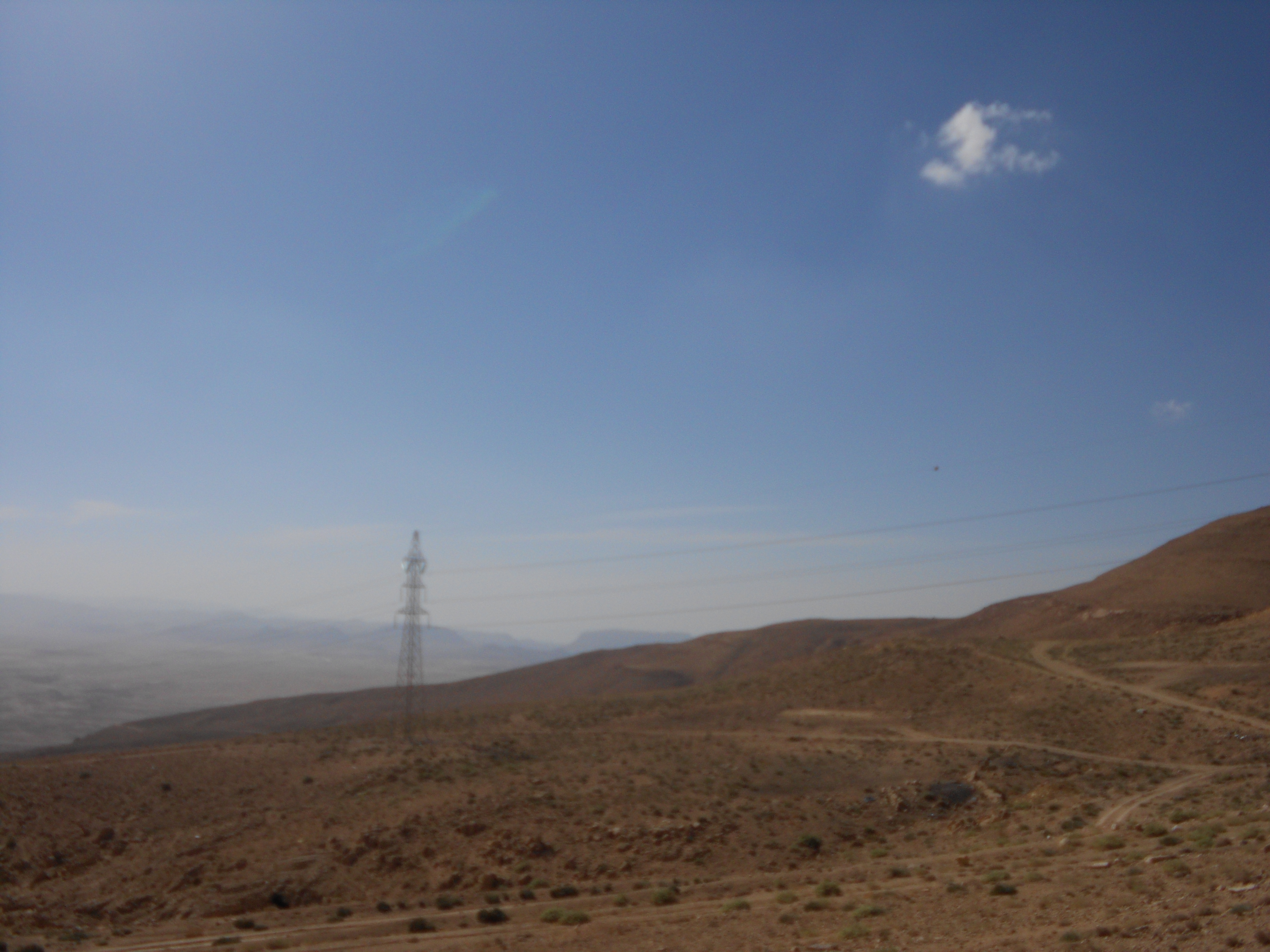 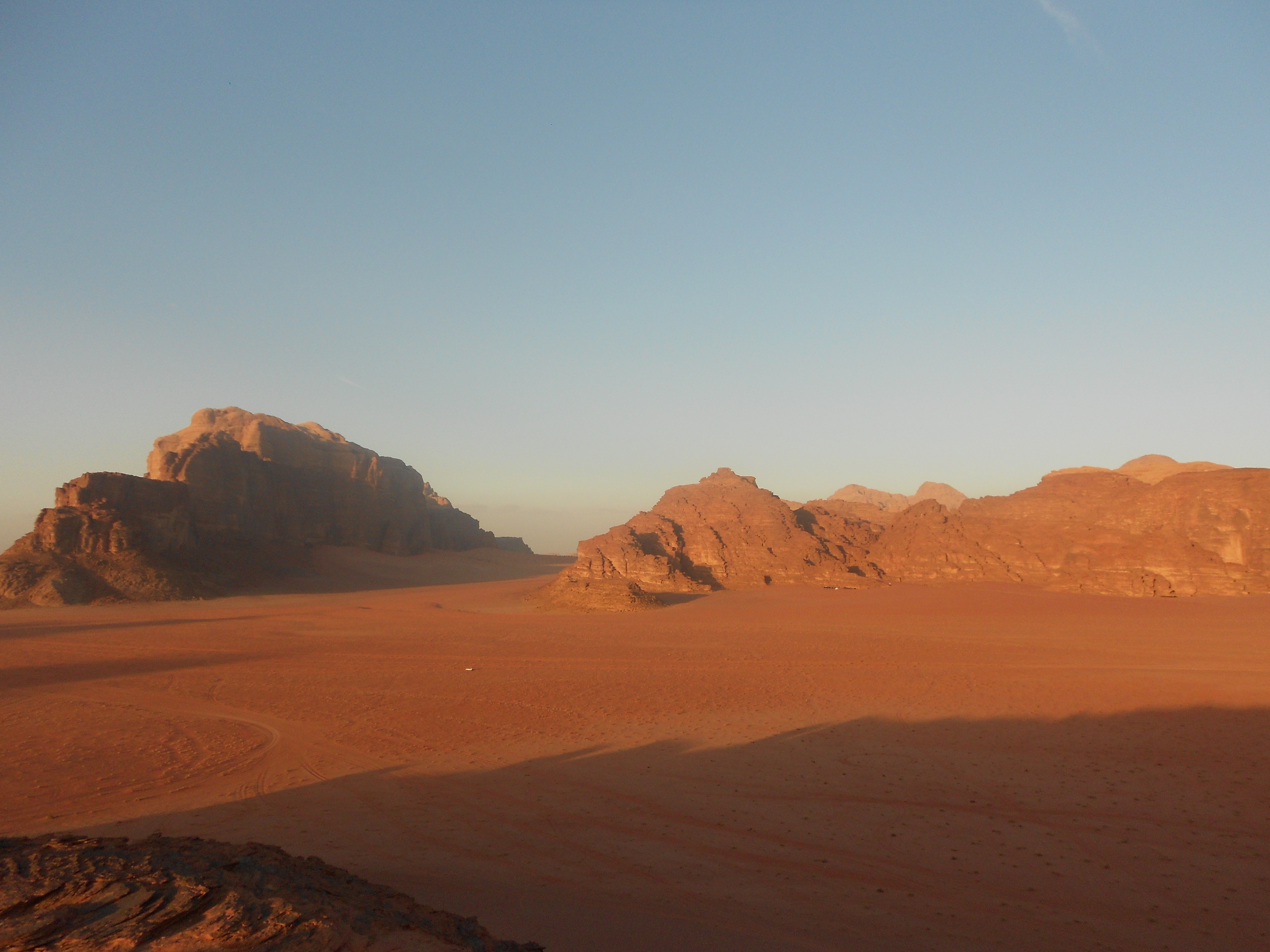 Starting as one of the world’s four most water-poor countries, the coming increases in temperature and decreases in precipitation do not bode well for Jordan’s water availability issues (Policy 14). Even without future climate threats to water supply, Jordan’s water scarcity today is exasperated by large refugee populations coming from neighboring states and increased water demand due to socio-economic and natural population growth (Policy 14). The added climate stress requires strictly regulated water usage and smart distribution between household/urban and agricultural demand (Policy 14). The Jordanian Government is currently developing water projects with a focus on drinking water availability in its efforts to adapt to climate change and population growth (Policy 14). 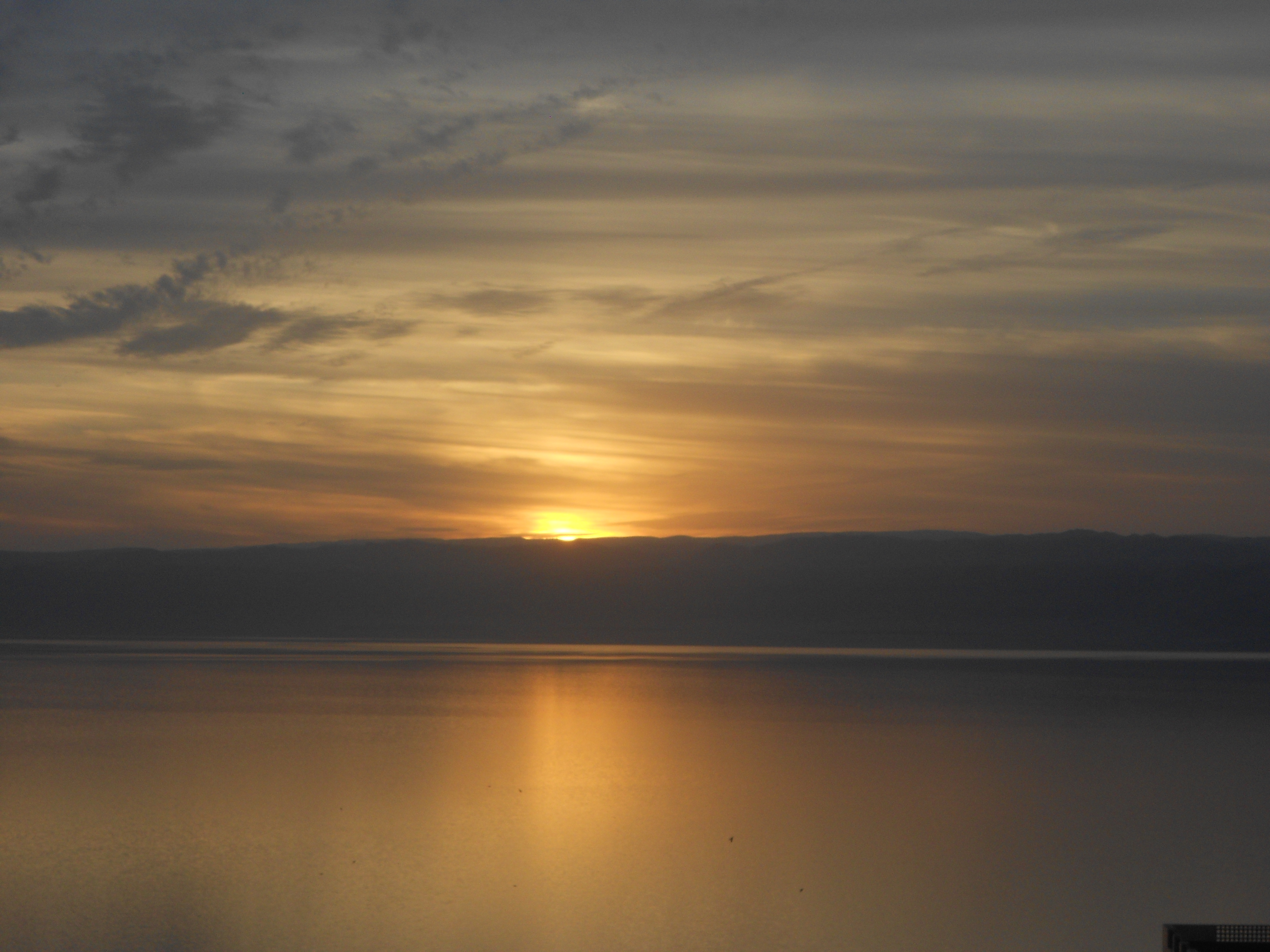 Sunset over the Dead Sea

Effects on the Dead Sea

Through temperature, wind and humidity measurements, local climate change has been documented at the Dead Sea since the 1930s (Policy 14). Predictions show a continuing decrease in the land-sea breeze due to continuous decrease in the surface area of the sea because of evaporation with increasingly warm temperatures. This breeze is essential to monitoring the Dead Sea climate, its absence causing increased air temperature and decreased humidity, leading to “pan evaporation” making the cycle one of positive feedback (Policy 14). This will lead to an even more arid environment in the area and stress on Jordan’s water resources as the Dead Sea is able to contribute less and less water towards the kingdom’s growing demand (Policy 14). The shrinking of the Dead Sea will also hurt the tourism business that has formed around the religious landmark.

According to its Climate Change Policy, Jordan relies on ecosystems and their biodiversity for, among other things, freshwater, bio-resources, moderating climate, preventing soil erosion, and regulating runoff (Policy 16). These in turn support agriculture, water systems, and tourism. Forests and fresh water ecosystems will be the most affected by climate change in Jordan, facing droughts, forest dieback, habitat degradation, species loss, and changes in soil compositions (INDC 14). Beyond that, ecosystems will face degradation of land degradation due to extreme weather and soil erosion, freshwater quality and quantity, and watershed vegetation (Policy 16). The rising temperatures and rainfall changes will cause terrestrial, inland wetland and coastal system instabilities. All of these environmental changes then affect growth rates, reproduction and geographic ranges of species and penology of plants due to climate changes (Policy 16). 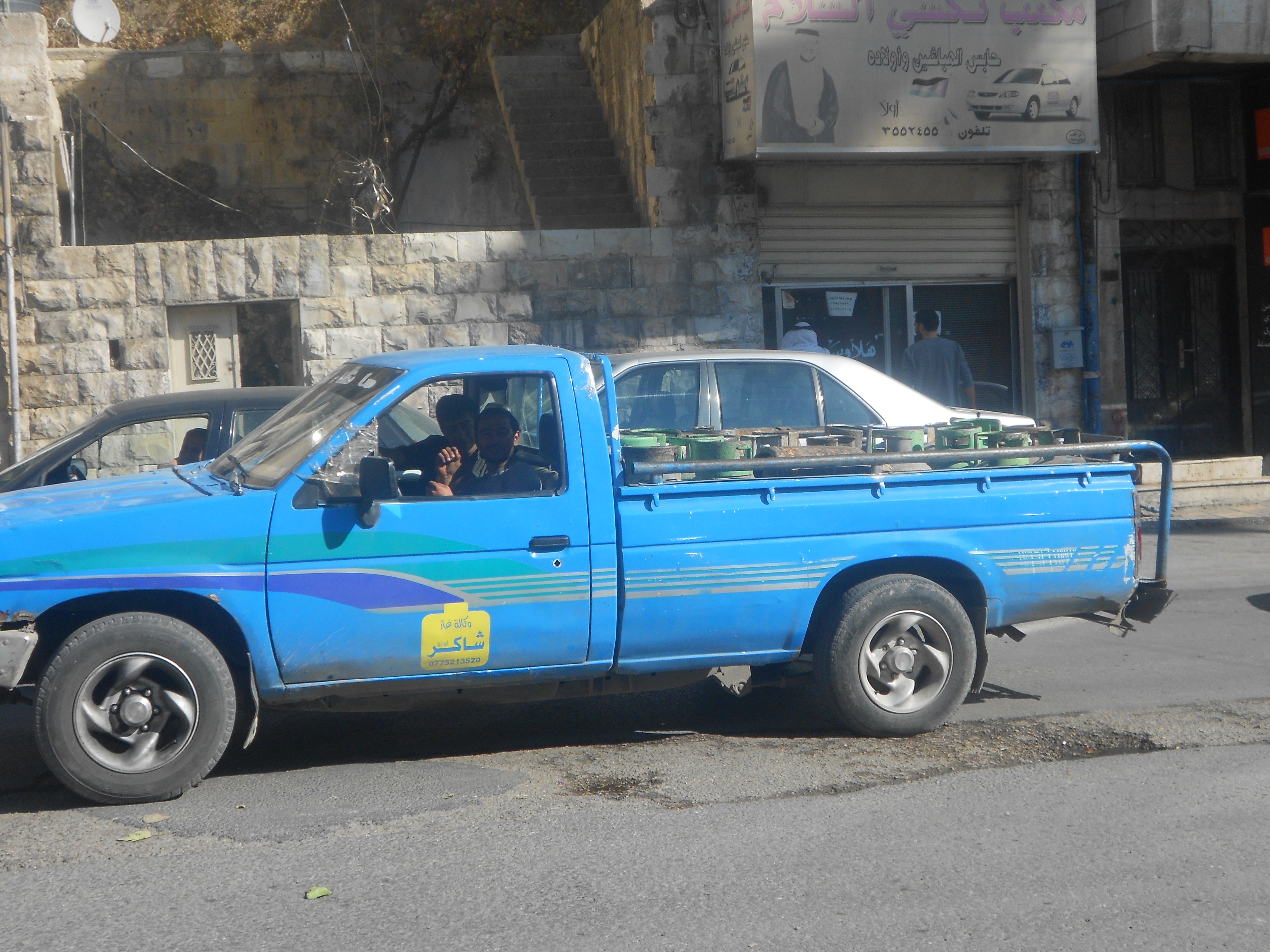 Energy is the key to any society’s development today but it both threatens and is threatened by climate change. Currently, Jordan imports 97% of its primary energy consumed, all through non-renewable and carbon intensive energy sources (INDC 5). This means that energy is an expensive commodity in Jordan, making development harder and almost all energy used is from fossil fuels, adding to the processes of global climate change. Jordan has one of the highest rates of energy demand growth in the world (4-5% for primary energy and 5.3% for electricity) and so energy availability is an integral part of future development in Jordan (INDC 4). The continuing influx of Syrian Refugees into Jordan has added stress to the national energy infrastructure even though these refugees have a lower energy usage rate than much of the rest of the country (INDC 4). Currently, the Renewable Energy and Energy Efficiency Fund (JREEEF) is working to promote development of “greener” technologies making Jordan both less dependent on energy imports and contributing to the kingdom’s mitigation efforts (Policy 19).

The National Climate Change Policy of the Hashemite Kingdom of Jordan 2013-2020: Sector Strategic Guidance. Ministry of the Environment. Supported by GEF and UNDP. Published 2013. Accessed    13 November 2015.