12 hours in Day One of the COP sounds awful, right? Well, believe me it was far from it. I can't say that I had one dull moment today. Today, is November 30th, 2015 and I spent the day running around the venue looking for rooms/halls, chasing Party delegates for an interview, and attending moving lectures on renewable energies, carbon pricing, and youth outreach. The energy at the conference is out of this world. I met people from Madagascar, Mexico, Congo, Norway, Sweden, France, Germany, Poland, China, etc. I also attended my first ever YOUNGO meeting and joined the Youth Dialog on Communications and Education. A truly global perspective on a global issue. 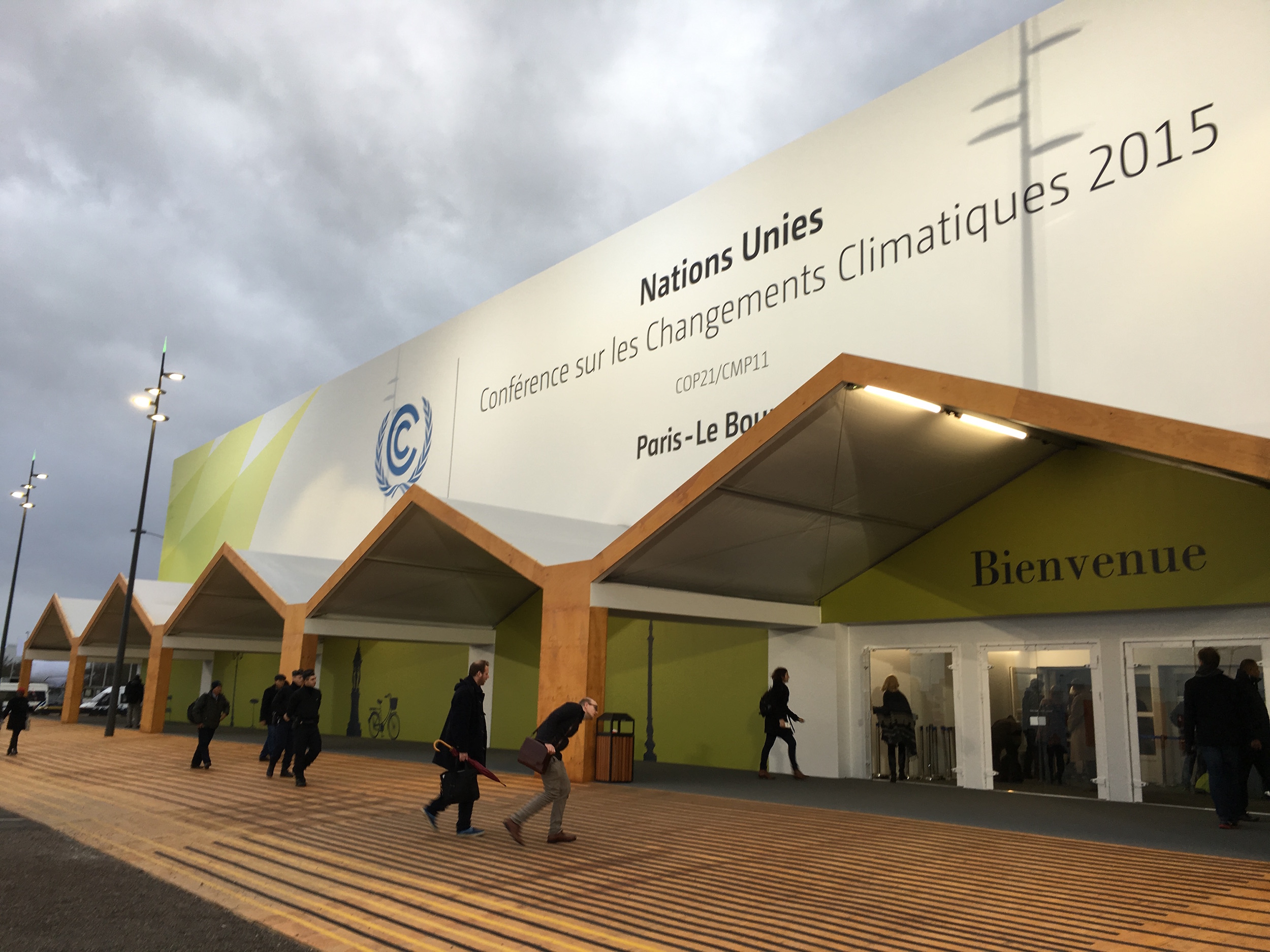 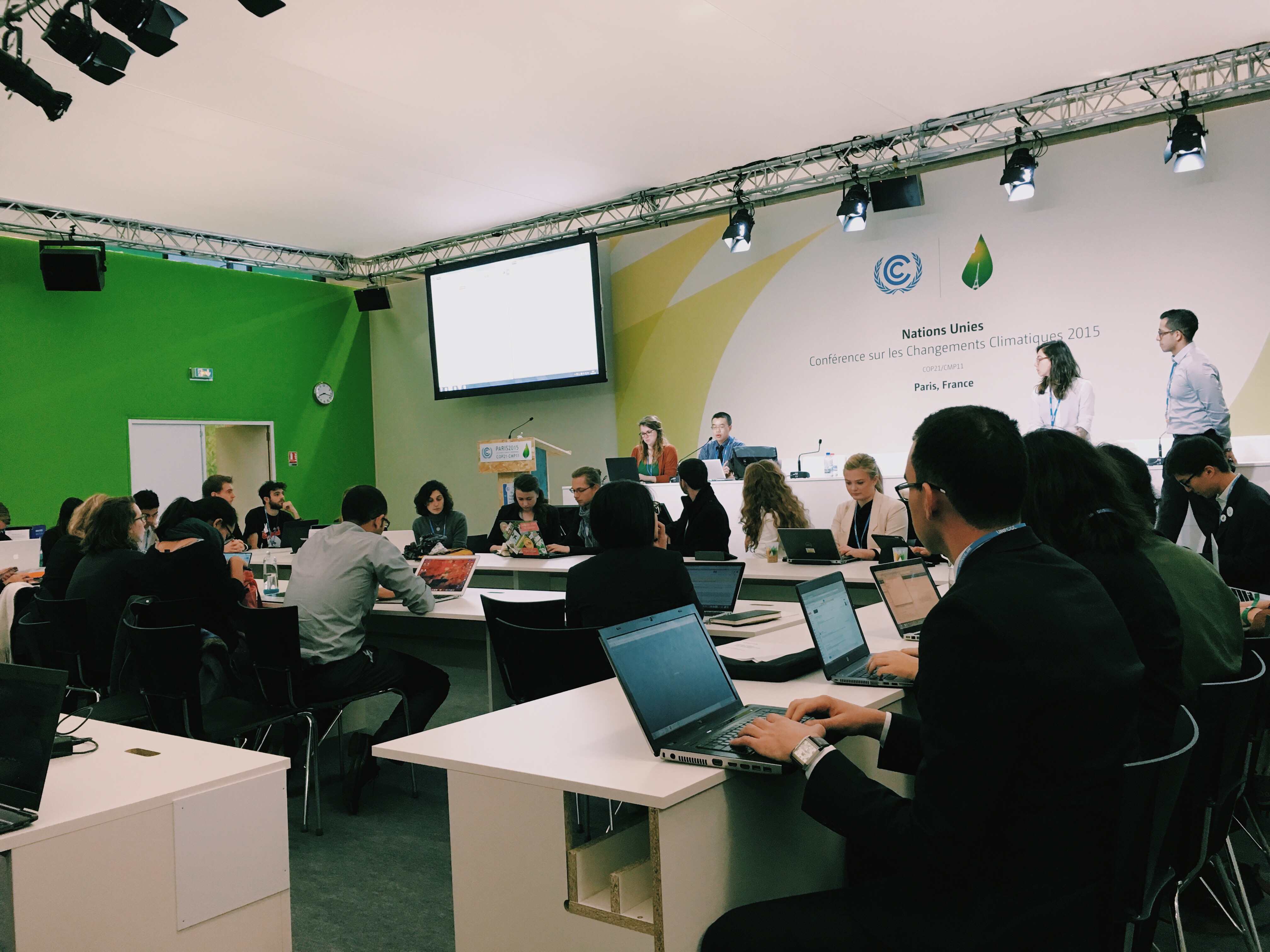 The opening ceremony at COP21 in Paris broke an all time record with over 150 Heads of State and Goverment declaring their opening remarks on climate change and the Paris Accord. It was also nice to hear many, if not all, leaders to say a few words of condolences for the acts of violence towards France.

In light of recent attacks in Paris, many public demonstrations such as marches have been canceled. For example, the Paris Climate Change March was scheduled for yesterday Sunday, November 29th but was canceled due to an increase in security fears. However, the protestors organized a silent act of solidarity for climate action by performing a "Shoe Protest" by placing their shoes in place of where they would have marched. I respect these safety standards, but I also recognize the need to mobilize and raise our voice. Climate Action is happening NOW, with or without the terrible terror inflicted onto humanity. So, today Day One of COP21 we stood peacefully in solidarity for climate change education awareness. I challenge everyone to raise their puzzle piece and perhaps help finish the jigsaw. 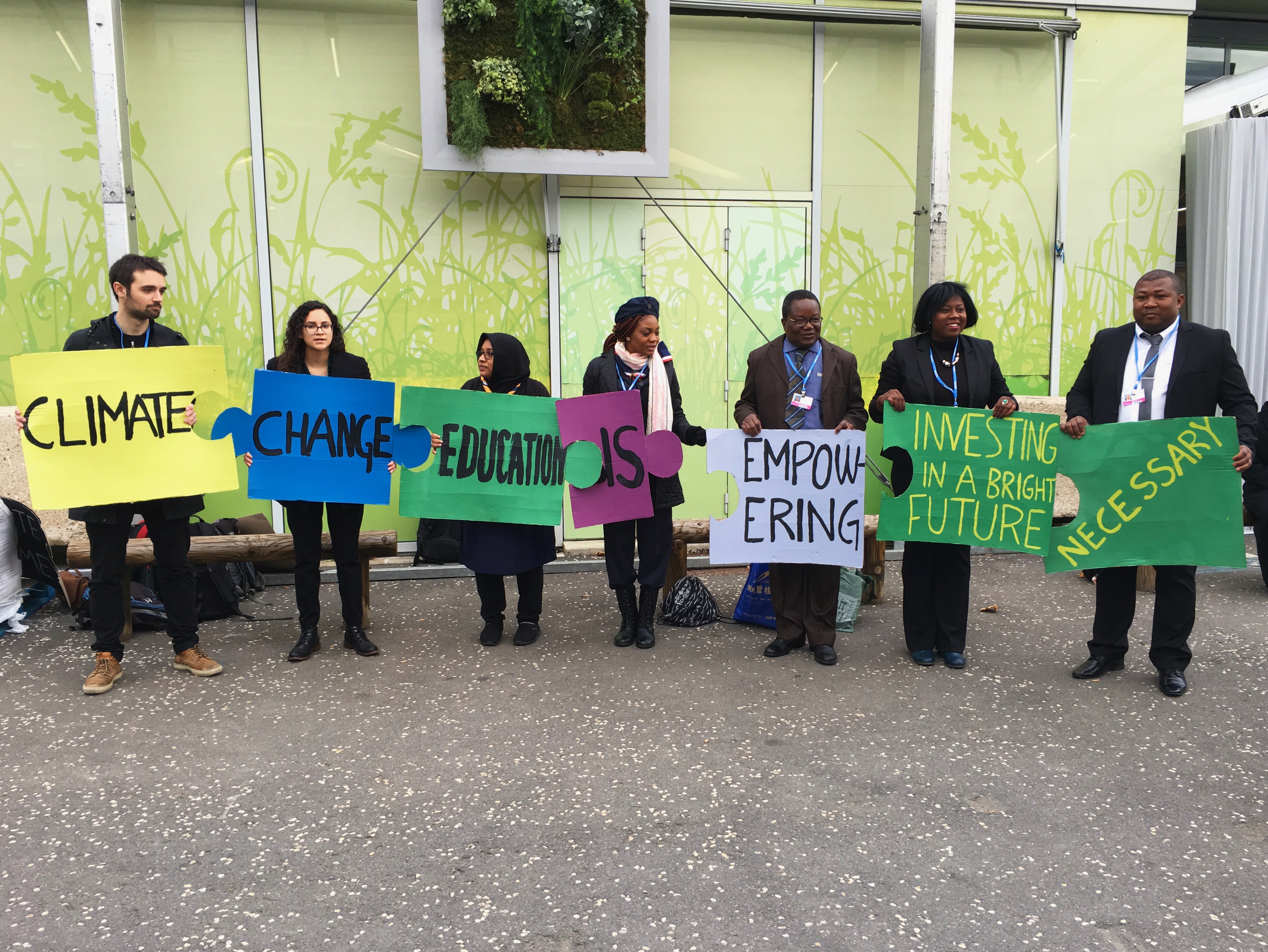 Finally, I ended off the day by attending a Press Conference on Carbon Pricing. There were six heads of state that attended that meeting from France, Canada, Mexico, Ethiopia, Germany, and Chile. It was a remarkable show of unity from the participating countries where they shared actions on advances in carbon pricing by sharing carbon pricing policy, buisness support, and word of ambitions for the future. The webcast of this event can be seen here on the UNFCCC website, in addition to many other high-level events and meetings. It's a great way to stay connected with what is going on inside of the COP! 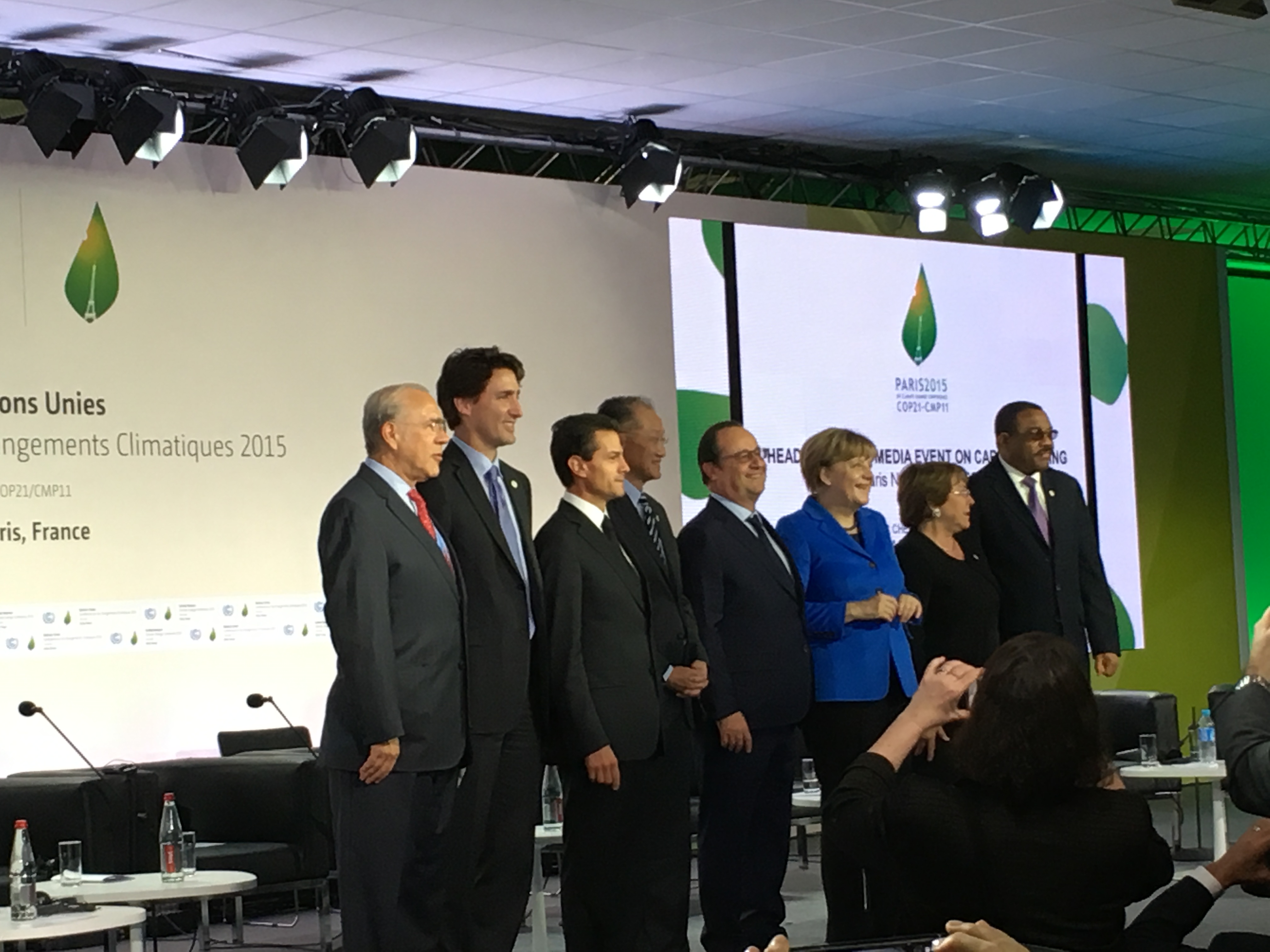 Wow, you had an active first

Wow, you had an active first day at COP! It will be interesting to hear other perspectives on carbon pricing besides those at the press conference you attended. It's a very controversial topic. But, in my view, eventual carbon pricing will need to be adopted as an important tool for limiting carbon.