This international climate change conference brings many of the most prominent environment activists together in the same space to push world leaders and negotiators to take action on climate change. It is no surprise that some of Dickinson’s Rose Walters Prize winners are among this notable crowd.

On December 5, 2015, Dickinson brought together member of the Rose-Walters selection committee as well as the winners themselves to reflect on the conference so far and in particular how to engage young people in climate action. The event, which was originally planned to take place under the Eiffel Tower, was nestled in the basement of a local YMCA hostel. With an audience of about 40 people, it felt like the epitome of a grass roots meeting to inspire everyone present to keep working on this critical challenge to address climate change. It might not have been the most attractive room to photograph, but in the end it was not the setting that mattered, but rather the inspiring and motivating conversation that results when global leaders on climate science, communication, and activism are brought together. 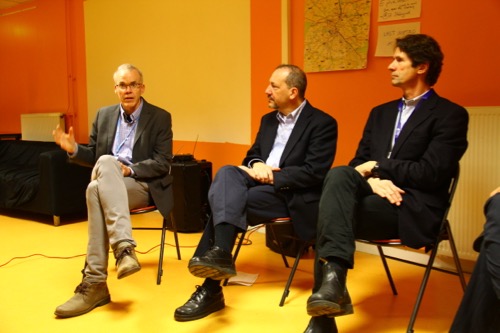 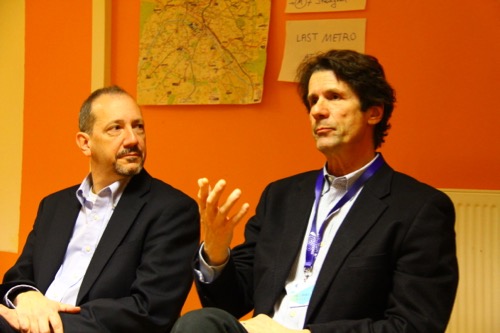 Bill McKibben opened the conversation talking about the immense challenge ahead of us, but he also suggested that young people are at the center of the action as they have been thought history. He highlighted that before COP15 in Copenhagen, there was not a global environmental movement like there is today pushing for action on climate change. The fact that people across the globe will mobilize in protest if something does not come out of Paris indeed puts increased pressure of world leaders to agree on an ambitious Paris text. 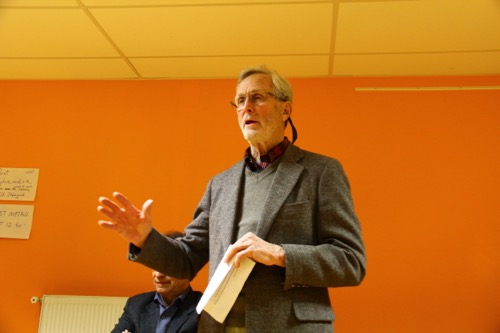 Photo: John Adams speaks on the importants of the Rose Walters Prize.

Conversation then flowed from speaker to speaker about the science of black carbon emissions, the unique ways that young people can communicate about climate change, and the climate sign project.

We sincerely thank each of the speakers for their participation in this event and look forward to future opportunities to bring Rose-Walters Prize winners together to continue to communicate their message on climate change not only to Dickinson, but also to the global community.