Seeing Climate Change on the Streets of Paris

There has been a true convergence of science, art, and climate action on the streets of Paris this past week. The Dickinson Delegation has had the opportunity to visit many of these instillations, and each of them has been a beautiful and inspiring experience.

One of the installations is called “The Standing March” and depicts 500 people staring and moving on the National Assembly building. It is supposed to represent the people from around the world that are closely watching the delegates and world leaders as they make decisions on the future of our global climate.

We also walked to the Panthéon to see #IceWatchParis. Artists Olafur Eliasson and Minik Rosing placed 12 massive blocks of ice transported from Greenland arranged in the shape of a clock in front of the Panthéon to show that time is running out for action to be taken on climate change. These beautiful and tragic masses will melt on the plaza during COP21 and will continue to melt for the next few months as a reminder of the Paris Climate Talks after they conclude this Friday. 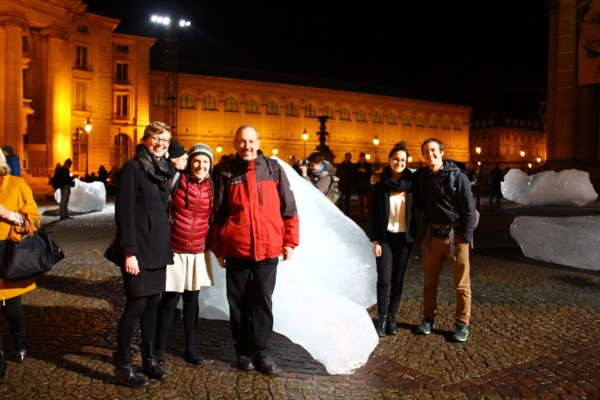 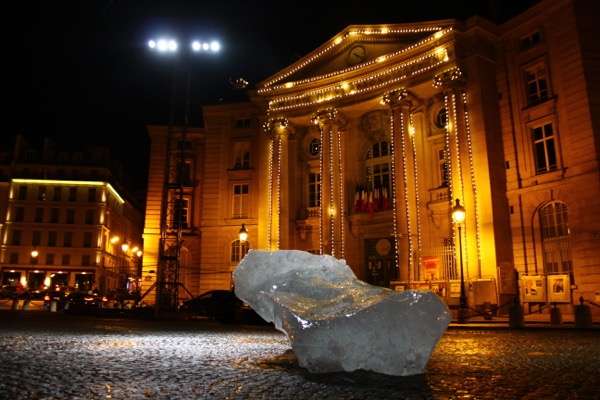 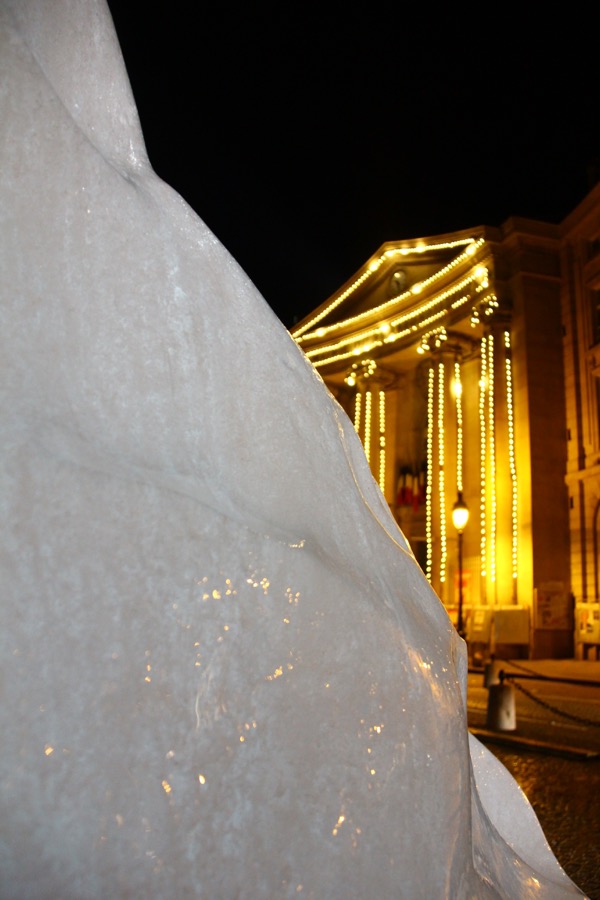 The Eiffel Tower has been illuminated with two incredible art instillations over the past week. The first was the 1 Heart, 1 Tree instillation. People from around the world were invited to give life to a virtual tree that they could watch grow on the Eiffel Tower. For each virtual tree donated, a real tree will be planted in one of the organization’s reforestation sights. As of Sunday, December 6, 52,344 trees will be planted! 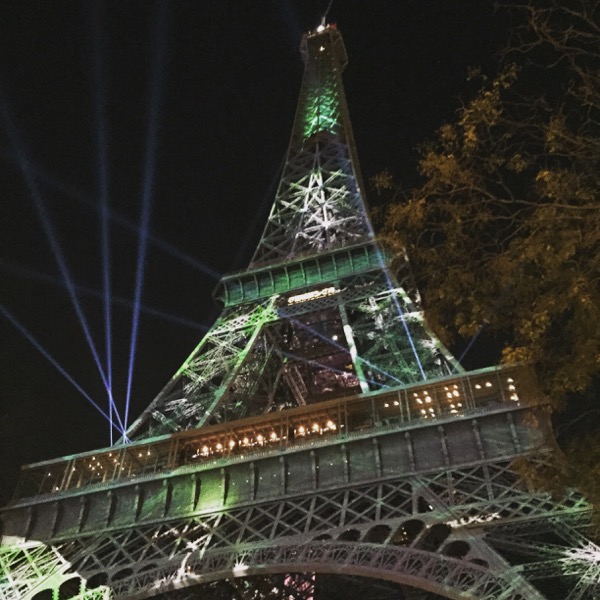 The second piece at the Eiffel Tower is the #HumanEnergy project. This project had to be scaled back due to the limits on large activity in public spaces in Paris. Originally, the project was going to have bikes, swings, and other alternative ways that humans can produce energy. People were going to generate energy under the Tower all day and then it would have been used at night to illuminate the entire Eiffel Tower. The project has now been adapted so that people can report human energy they generate all around the world on line and then that virtual energy is symbolically counted on the face of the Tower and is said to illuminate the beams at the top of the tower. The beams can be seen from across Paris. 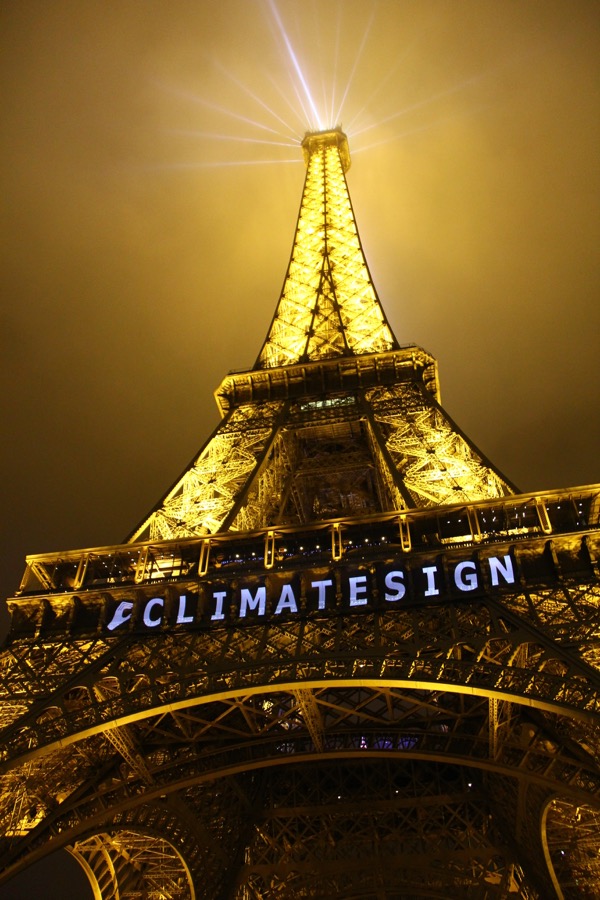 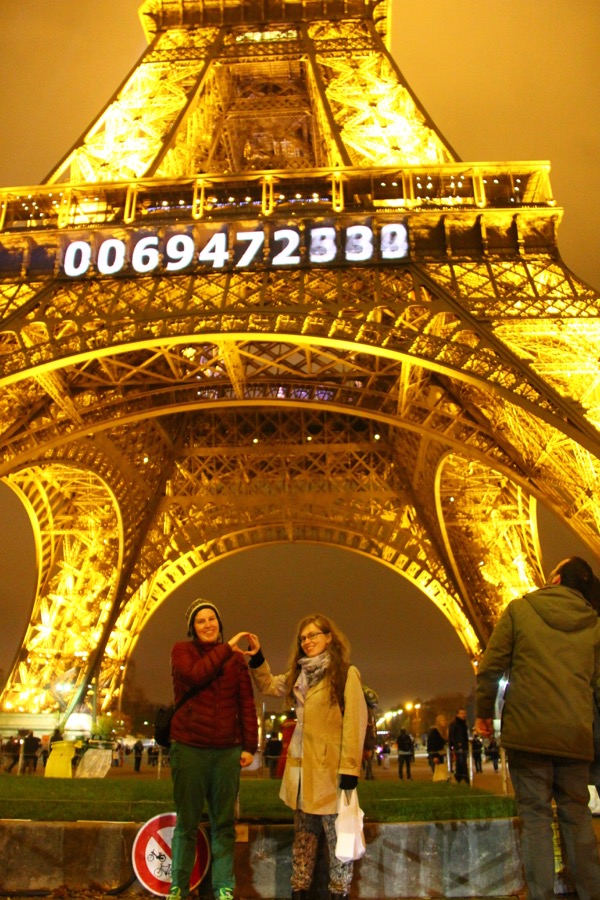 You can be a part of many of these projects in Paris from anywhere in the world! Jump on to the links thought the post and see what you can do to be a part of the climate movement especially this week as ministers from around the world gather in Paris to complete the text of the Paris Climate Change Agreement that will shape the trajectory of the world for years to come!